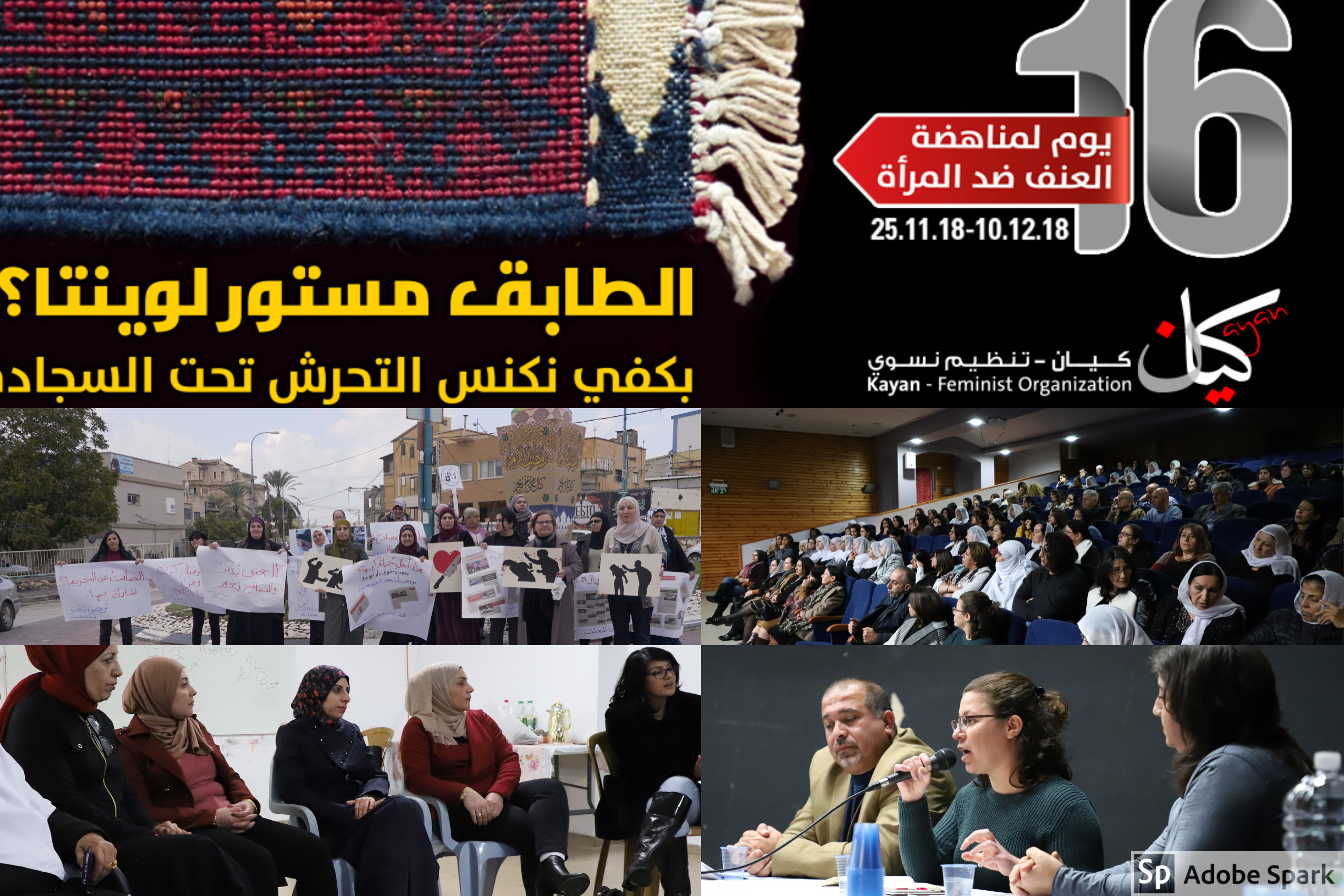 16 Days of Activism Against Violence Against Women 2018

Enough with Sweeping Sexual Harassment under the Carpet!
Kayan's 16-day campaign against all types of violence against women, especially sexual harassment, began on November 25 and ended on December 10. This was part of a global campaign against violence against women. One focus of Kayan's campaign was online harassment and its negative impacts on both victims and the broader community. Dozens of towns, hundreds of young people, and hundreds of women participated in Kayan's 16-campaign, which was called “Enough with Sweeping Sexual Harassment under the Carpet!” These many voices joined the call to end sexual harassment, demonstrating the need for immediate change in our society.