Kayan's 2017  "16 days of activism to end gender-based violence campaign," was coordinated by the Jusur Forum and its local women's groups. The 2017 campaign took our work to end all forms of violence against women in Israel to the next level, as this year we expanded our definitions of violence to include political violence, sexual violence, physical violence, emotional violence, social violence, and sexual violence. This expansion was possible due to our previous work in the society, as through ongoing awareness-raising and community organizing, the society was ready to delve into these more complex and often taboo-laden understandings of the broad range of forms that violence against women takes. The campaign featured intensive media work, social media campaigning, and daily workshops, lectures, rallies, memorials and other creative public activities organized by grassroots Arab women activists in the field. 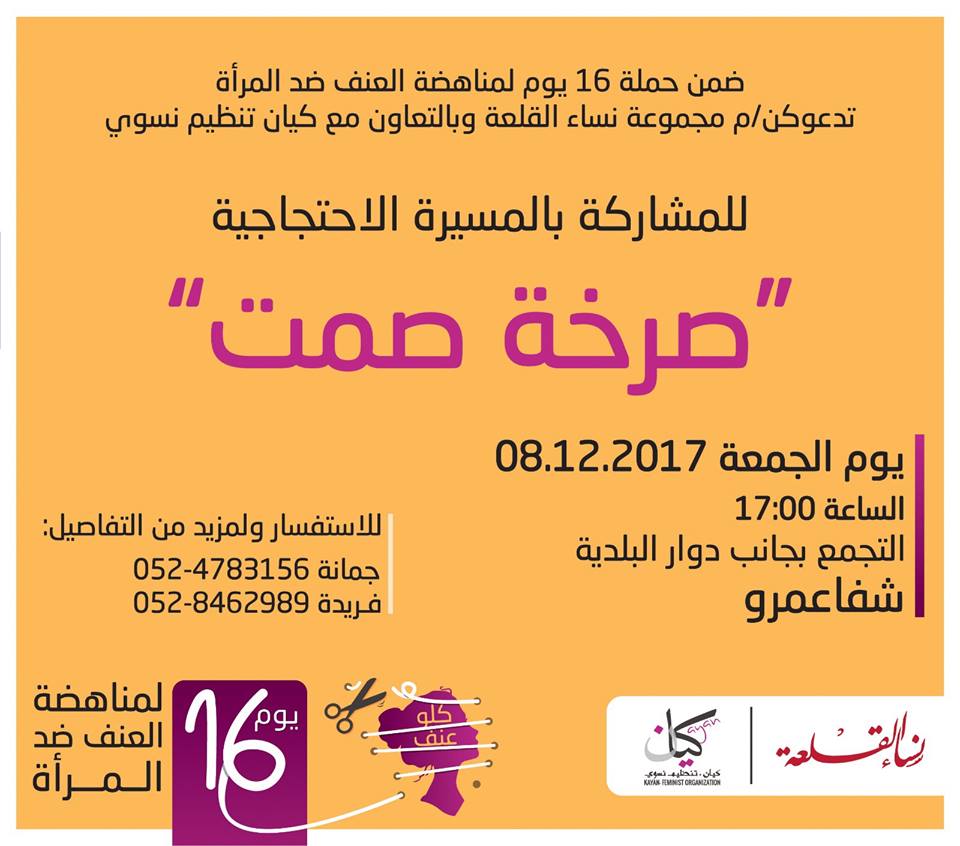 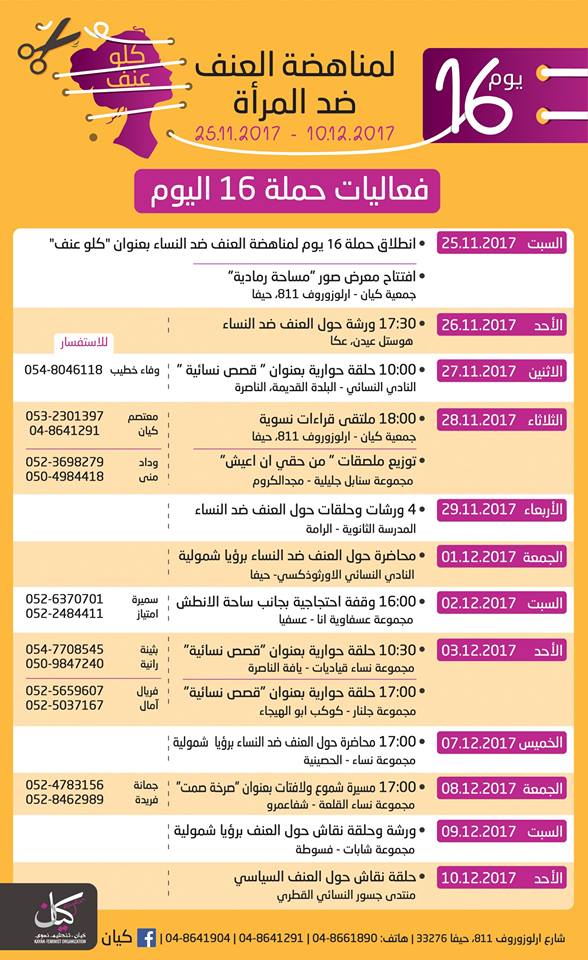 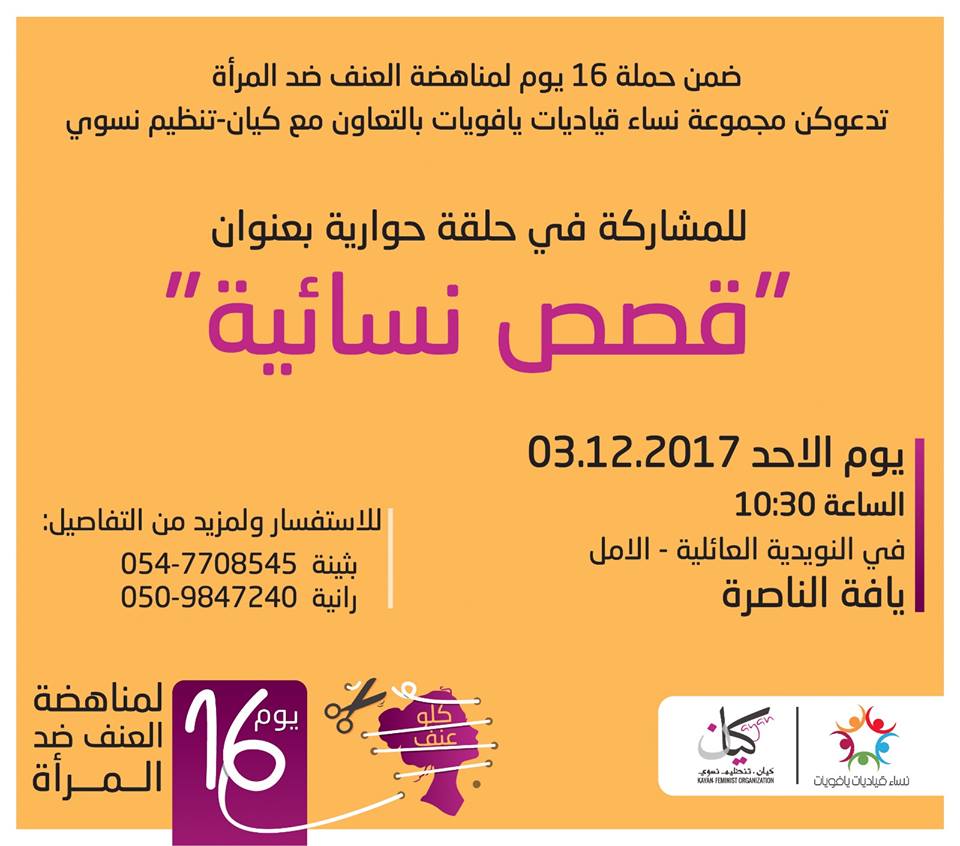 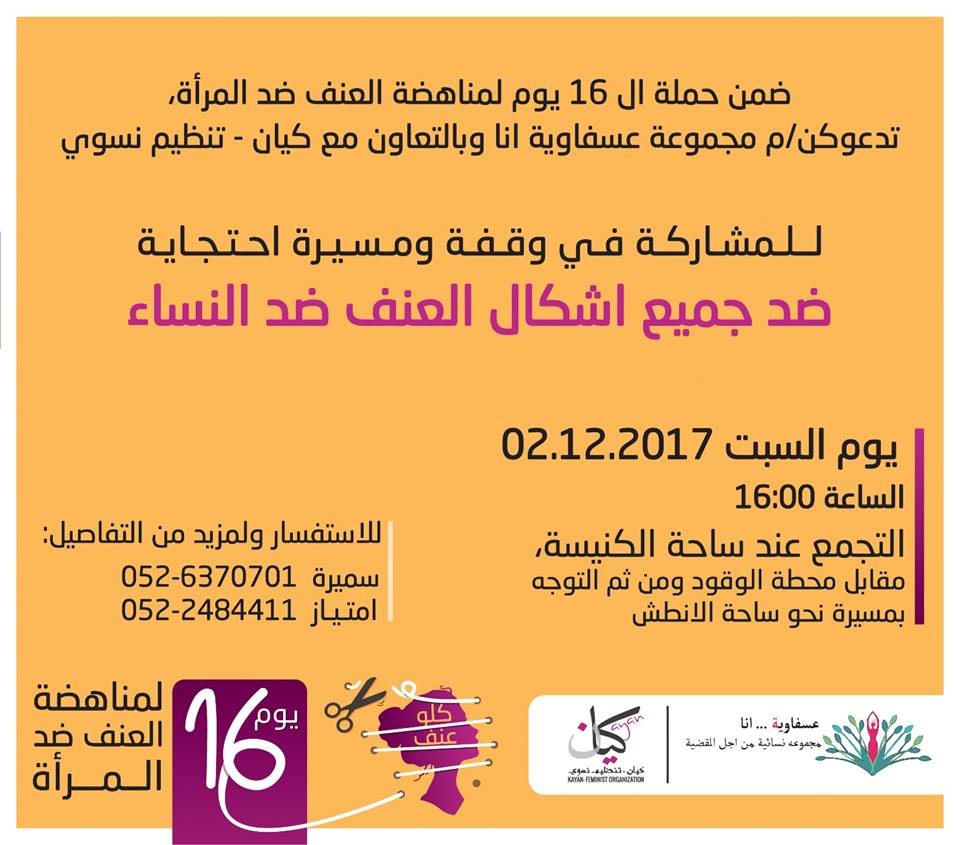 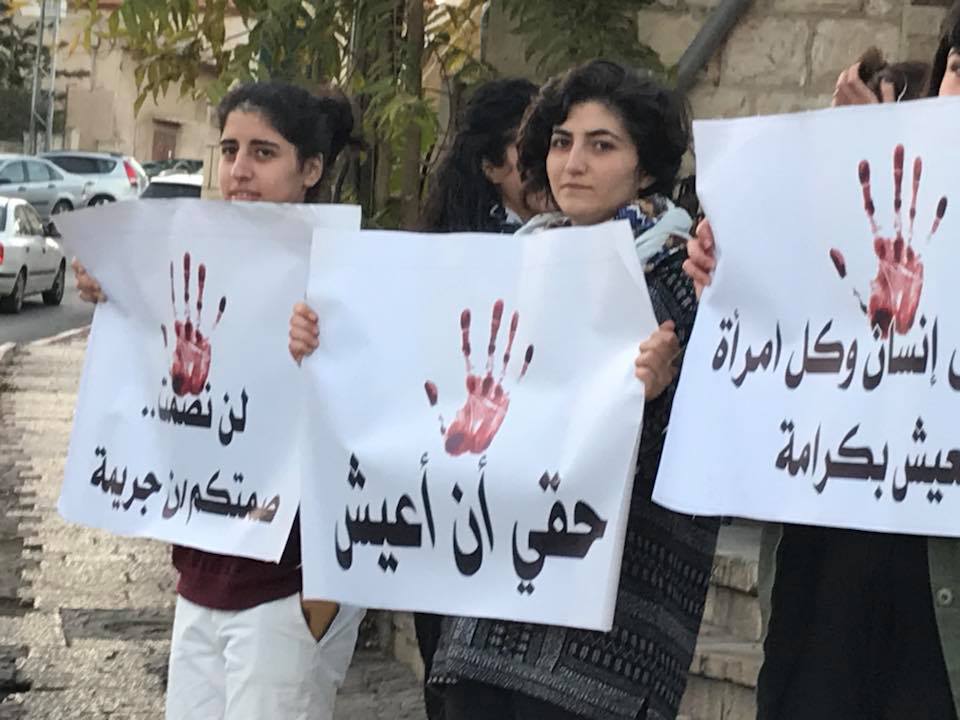 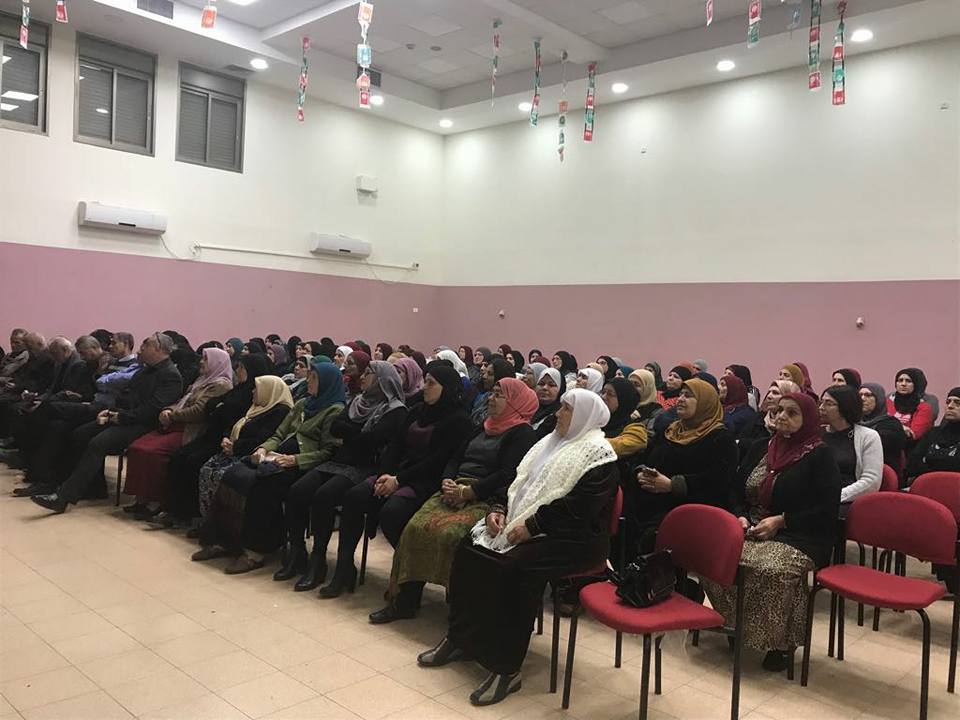